CANDACE “How to Sing the Alphabet” (with Actions)

The exact circumstances of the first meeting between Candace and I totally escape me. My memory is terrible at the best of times and, now that I get to party all night with you, Sebastian, my glorious little non-sleeper, we shall probably look back on these as ‘the happy-foggy years’.

Maybe Candace remembers, so we’ll ask her someday–but introductions aside, Candace and I have known each other for many years now and funny thing: this is actually our 4th go round of friendship.

The first time we were friends was in early high school when we both attended O’Neill Collegiate. I lived a city away and only went to this school because I auditioned for and earned a place in the Performing Arts program, but few if any of my friends were in the program too. In fact, at that time, most of the people I hung out with were skateboarders and punks.

Candace was neither. She was actually sort of preppy and extraordinarily beautiful. She didn’t seem to dwell on it, however, and so it never gave her the complexities normally attributed to high school girls who are constantly reminded about how pretty they are.

I remember being surprised the first time I went over to her house. Her mother was also very beautiful, but in a completely different way from Candace–indeed, they looked nothing alike. It appears that the generational trend has continued: Candace’s five year-old daughter Grace is also a beauty and yet wholly unlike her mother in feature. 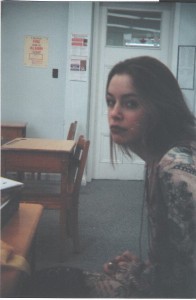 The second iteration of our friendship was at Trafalgar. In grade 12 I  decided to call it a day at O’Neill and finish my secondary schooling at a  private all-girl school in Whitby. A few months later Candace and Tina  followed suit, donning penny loafers and the signature blue quilt that ran  much higher up the knee than the prescribed length. I can’t be certain if  it was my description of life at boarding school that won them over–so  enamouring my friends that they decided to join me in its hallowed halls- -or if there were other factors, but I was more than pleased to have them  there and, even though neither of them stayed on longer than a year (I  think Tina’s ‘Pepto Bismol Arm’ was the final straw), we had good  times and more than our share of stories.

It was many years later that Candace and I reunited again. We were in our mid-20s and we found ourselves at a party together. I was dating someone (not your dad) who was friends with the guy she was with at the time (not Gracie/Dawson’s dad). We spent the night catching up and giggling about how things had changed, but it wasn’t an era of social media and we didn’t manage to keep in touch beyond then.

We were brought together again, several years later, through the miracle of Facebook. Though several more years passed before we found some really common ground: our babies. And that’s how Candace ended up at my house a few weeks ago.

You and Dawson are almost the exact same age, Sebastian. And when you’re older you’ll have known him since, like, forever. 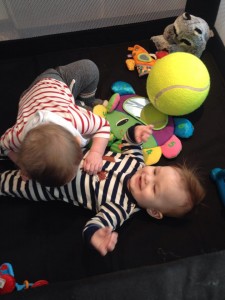 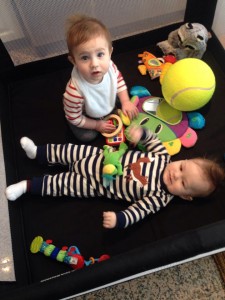 Though not forever, we’ve been friends for a loooong time, and I’m banking that the 4th go around for Candace and I is the one that sticks. F is for friendship, Candace. FFFFFFfffffffffffriendship. Love you.